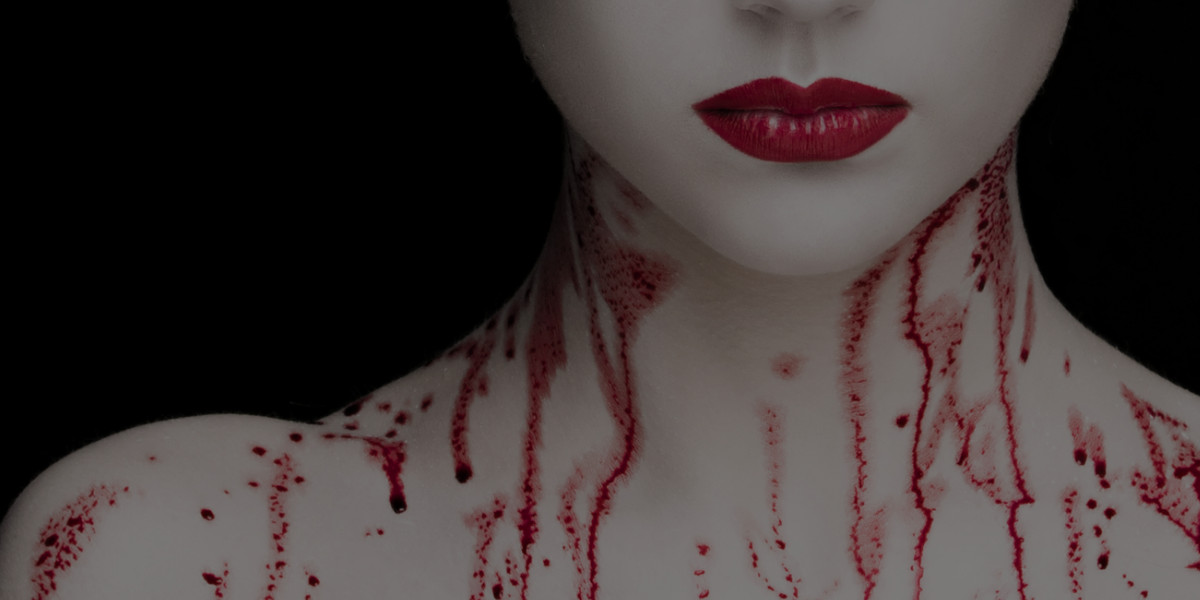 Halloween is just around the corner! Are you experimenting with old classic looks, or trying out new costume ideas? Just once each year, you can be whoever and whatever you want… so make the most of it!

That being said, creativity is also key. Be creative with your tried-and-true makeup techniques and do something people have never seen before. In order to truly know what’s pushing creative boundaries, though, you need to be aware of the unoriginal, trite techniques. Otherwise, you might come off as more hokey than horror!

Many novice MUAs have and will definitely try this. When done right, it can be quite stunning. But if we’re being honest, it’s most often used as a crutch rather than as an enhancement! Every undersea or reptilian look incorporates this effect. Its widespread use is, in part, due to how easy it is to achieve.

You would simply take an old pair of fishnet stockings, put it taut over the application area, and cover the negative space with traditional or airbrush makeup. If the net is held down correctly, there shouldn’t be any bleeding.

The reason why this technique is so cliché is because some artists put minimal effort into the look after this. They use a single color over the fishnet and then leave it at that. Where’s the blending? Where’s the dimension?

Take a page from QC Makeup Academy graduate Queenella Gibson’s playbook. She used irregular geometric shapes for her scales and added multiple colors and plenty of glitter for a show-stopping look! 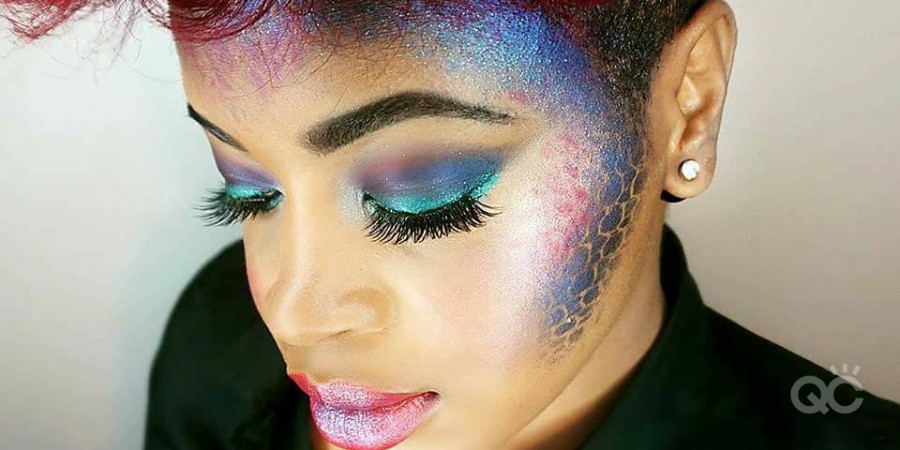 Hey, we love us some fake blood. Nothing quite conveys the horror aspect of Halloween better than a large gash with blood gushing out of it. But to achieve this illusion, you’ll need more than a single tube of bright red blood from the Halloween store.

We’ve all seen this before. Whether it’s the two droplets of fake blood trailing from the corners of a Vampire’s mouth or the red food-coloring-smeared-clothes, they might as well have not even bothered. Real blood is dark, moody, and has plenty of dimension. When there are darker areas in the wound and in the blood itself, it looks a thousand times more realistic.

So if you’re participating in your town’s zombie walk this year, don’t ruin the whole look over some spilled blood! Gel blood is viscous and generally darker. It’ll look like older, deoxygenated blood that makes sense with your costume. You can thank us later.

On Instagram, you’ll see many special FX looks where the contouring is so sharp it could kill. It probably looks fantastic on camera, but the unblended makeup won’t look as good in real life. The thing is, makeup in real life looks much different than makeup in professional photos. When you’re walking around on Halloween day, you won’t have the high-contrast background, light reflector, or live photo editing. 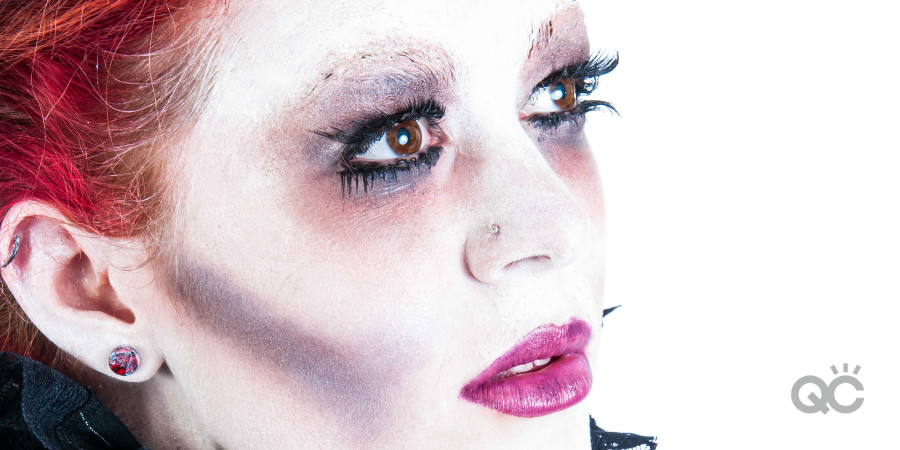 The images you see online are highly edited and curated. A lot of the highlights, shadows, and saturation you see isn’t from the hand and brush. So when you’re trying to recreate it, don’t just compare your look to the photo. Pay attention to how it actually looks in real life! Make adjustments when you go along, and ensure your makeup looks good in 3D!

As you gain more interest in the special effects makeup world, you’ll start experimenting with the big guns. Let’s get one thing straight—we aren’t dissing these industry-standard materials! Prosthetics are found everywhere from the fashion world to the cinema! But chances are, you won’t have the 8+ hours to prepare and apply special FX makeup for Halloween night.

If it’s your first time using prosthetics, don’t just stick some wax on your face and call it a day. Special FX benefits from multiple layers. You need grease paints, liquid latex, and even everyday materials to add dimension and interest. Pay attention to the details and practice. And for the love of God, glue your prosthetics down properly!

Any other awful clichés we missed? Leave a comment and let us know!

5 Obvious Signs You Should Start Your Own Makeup Business

5 Obvious Signs You Should Start Your Own Makeup Business