QC Makeup Academy’s professional tutors are dedicated to your success as a makeup artist. You’ll learn from the top makeup artists in the industry!

You’ll upload your completed assignments to the Online Student Center, including photos of your makeup applications. Your tutor reviews your work and sends you personalized audio feedback with advice for building your makeup skills. 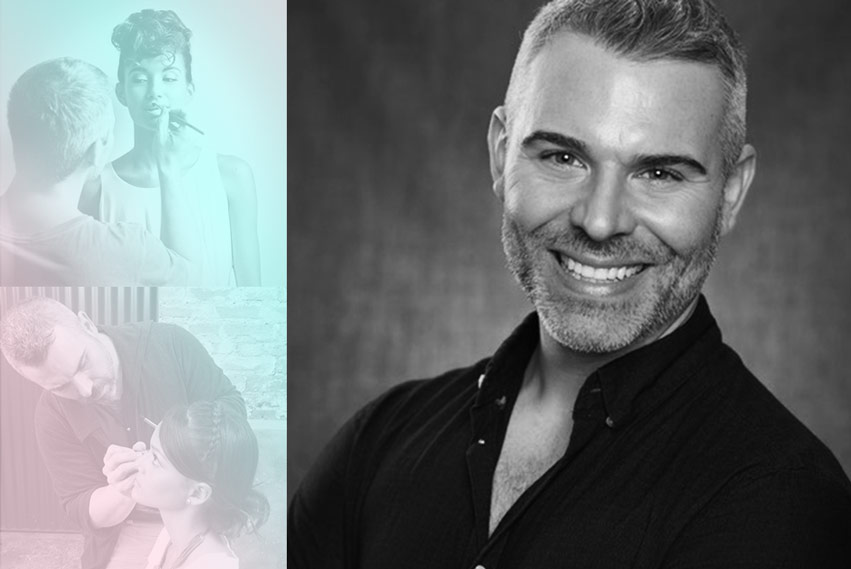 Nathan Johnson is a New York City–based celebrity makeup artist with over 20 years of industry experience. Nathan has worked on over 300 famous faces including Paula Abdul, Lea Michele, Kyra Sedgwick, Kevin Bacon, Paul McCartney, and more. More than anything he loves to bring out the beauty and confidence of the everyday woman.

Nathan’s work has been featured in Glamour, Elle, Genre, Harper’s Bazaar, Access Hollywood, Running with Heels, and more. He was a makeup artist on seasons four and five of Project Runway.

Nathan is also a Fashion Styling Course tutor, with experience styling fashion shoots, runway shows, and celebrity clients. At Leanne Marshall’s Boutique in New York City, Nathan is the brand representative and the liaison to all 50 of her stock locations. 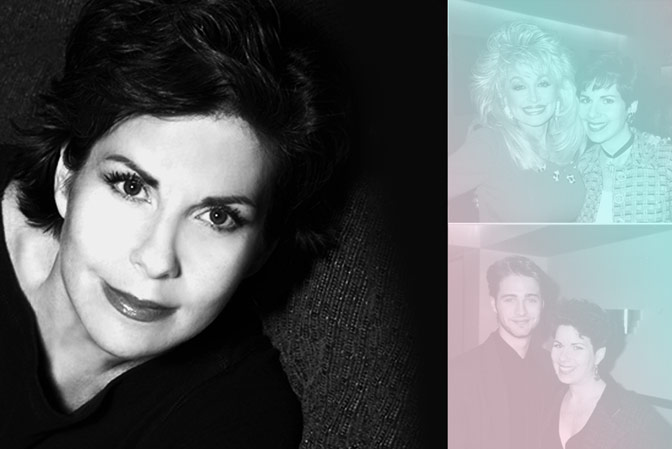 Chantal Mariani is a New York-based professional makeup artist with over 40 years of industry experience. She’s had the pleasure of working on films, daytime dramas, news programs, and talk shows. She’s also enjoyed doing print work for models and actors.

She credits her seasoned skills to her many years working among the industry’s top professionals.

She is proud to possess a reputation for creative and original style, excellent color and bone structure correction, fashion makeup, and accuracy in all mediums of the industry.

With over 20 years of experience as a hairstylist and makeup artist on Broadway, Heather Wright is thrilled to bring her knowledge and expertise to QC’s students. Heather has led the hair and makeup department on over 20 shows including “Jersey Boys”, “Hello, Dolly”, “The Producers”, “Sweet Charity” and “Motown, The Musical”. She has worked with Jane Fonda, Glenn Close, Hugh Jackman, Bette Midler, Christina Applegate and David Hyde Pierce.  Heather has also worked as a hair and wig designer for productions in New York, Los Angeles, and at the National Theatre in London. Some of her favorite experiences have included working on the Tony Awards, the Macy’s Thanksgiving Day Parade, and on the David Letterman show.

Heather not only loves the artistry of hairstyling, but is always eager to share her craft with others – whether that’s someone just starting out in the industry, or a mesmerized fan who comes backstage after a show. Heather believes that being part of a creative team and helping to bring someone’s vision to life is tremendously rewarding. This could be for a multi-million-dollar Broadway musical or helping one person feel beautiful on their special day.

With 14 years of experience working as a special effects makeup artist and prop maker in New York City and Los Angeles, Michele Mulkey is the perfect tutor to introduce you to the world of special effects makeup! She has worked for countless reputable special effects shops, such as Keith Vanderlaan’s Captive Audience, Unit 7, Crisis FX, Alterian, Inc., Film Illusions, and Global Effects. She also has a well-rounded repertoire of film, television, and theater work!

Throughout her career in makeup artistry, Michele’s work has been featured in such feature films as The Last Samurai, The Chronicles of Riddick, Sin City, The Alamo, Seed of Chucky, Constantine, The Passion of the Christ, and more. She has also worked on known television programs like CSI Miami, Firefly, Law and Order: Criminal Intent, and Charmed. She even worked on the off-Broadway production of “Beast!” Through these experiences, Michele has transformed the faces of celebrities such as Denzel Washington, Vin Diesel, Thora Birch, Brittany Snow, and Christopher Atkins, among many others. 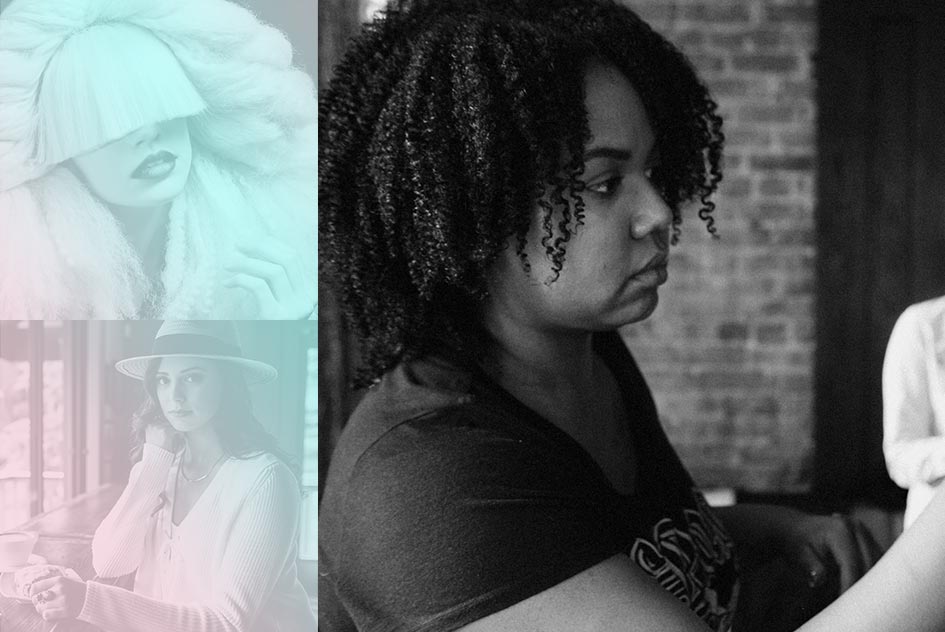 Corianne loves everything from classic beauty and South Asian bridal glam to runway hair styling and metallic body paint and glitter. She is a firm believer in knowledge and professionalism and is excited to be a part of the QC Makeup Academy team.

Corianne Cowan is an Atlanta-based hair and makeup professional with experience in many different avenues of the industry. She has worked with dancers and circus performers, models, actors, business professionals, high-profile talent, and luxury brides. She regularly provides hair, makeup and men’s grooming for photo shoots, corporate videos, styled shoots and portrait sessions. Her bridal work has been published on many bridal blogs including Unveiled Weddings and Weddings Chicks, and in magazines such as Grace Ormonde Wedding Style and Trendy Bride. 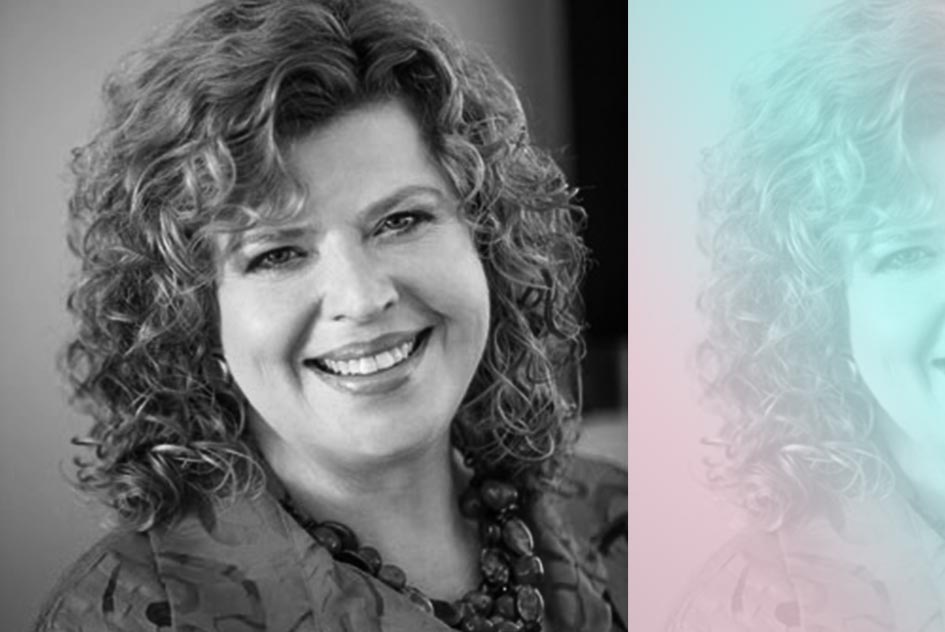 Since 1997, Pat Armstrong has been the owner and operator of Image Essentials Spa in Ottawa, Canada. She is known for her ability to make every client feel beautiful, special, and confident through her expertise and kind heart.

Pat has studied makeup artistry and worked in cosmetics with major lines like Germaine Monteil, Lise Watier, Sheseido, and Lancaster. Her impressive client list includes Olympic medalist Elizabeth Manley, and Canadian Prime Minister Stephen Harper. She has worked the main stage for the National Women’s Show, and is currently teaching at Algonquin College in the aesthetics program.

Pat says, “I feel that everyone is beautiful and I am grateful that I can help people feel that way about themselves, too.”

Mallory is the founder and lead consultant of Image Success by Mallory, a Chicago-based styling company. Mallory helps women across the country by teaching them to love their bodies and their wardrobe. Mallory’s styling advice became a catalyst for personal growth and achievement.

She is a graduate of The Illinois Institute of Art Chicago and has been certified as an Image Consultant by the Fashion Institute of Technology. She’s worked with the industry’s greats including top fashion editor, Zanna Roberts Rassi of Marie Claire Magazine, and Stacey London of TLC’s What Not to Wear. When she’s not styling clients, Mallory writes for style magazines, creates style content for her YouTube channel, and hosts her own radio show: The Style Success Podcast.

Mallory’s goal is to celebrate women looking and feeling their best. She has mastered her craft as a stylist and is now eager to share her wisdom with you.

It’s never too early or too late to start a career you’ll love.

Enroll in an online makeup course with QC and become a certified makeup artist today!