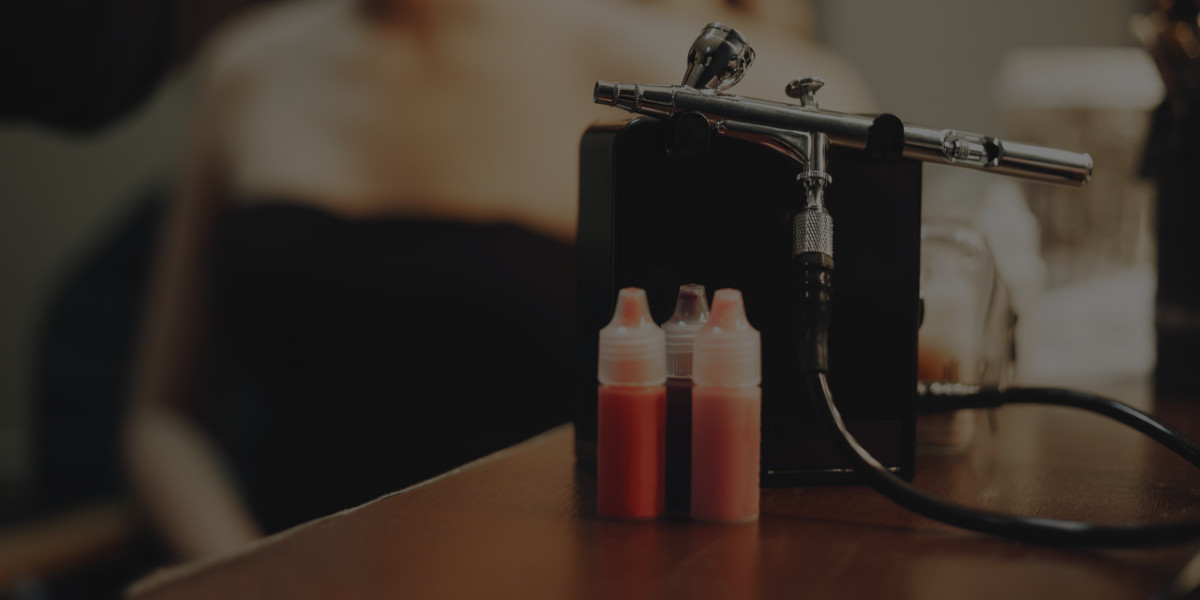 By Catherine HammondSeptember 3, 2018November 29th, 2019Your Makeup Career
No Comments

We are firm believers that people should research career opportunities in their areas of interest before going full-steam ahead. Nobody wants to drop hundreds or thousands of dollars in tuition just to find out there aren’t any jobs in their local area!

Learning any skill, whether it can make you money or not, is always a good thing. But when you’re genuinely passionate about something, wouldn’t you want to know if you’ll have a viable career with a lot of opportunities?

Keep reading to discover which industries need a professional artist with your skillset! 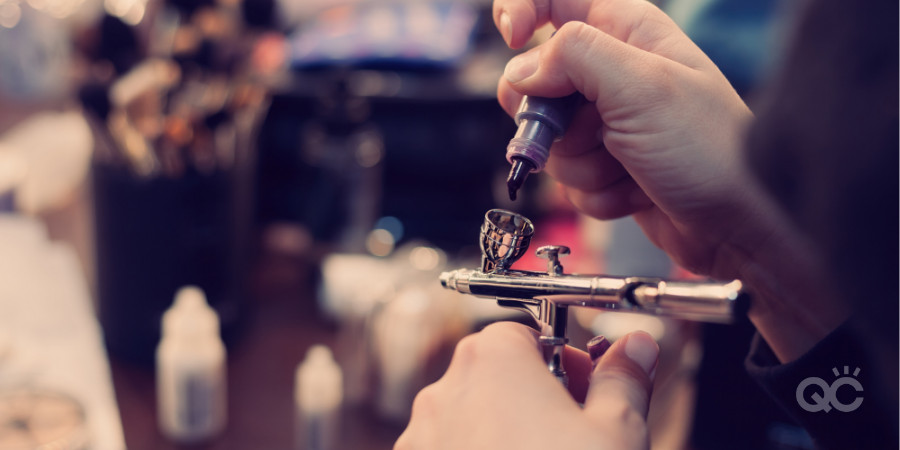 “Do you do airbrush makeup?”

Many brides often do their homework and discover the benefits of using airbrush makeup for their big day. Why? Its flawless coverage, natural finish, and long-wear formula is a hit for day-long celebrations!

The big day can be nerve-wracking and emotional. Whether it be from nerves or from all the running around, the bride doesn’t want to sweat off her beautiful makeup before the night is over. Not to mention the tears of joy at the sight of her hubby-to-be at the ceremony. Waterproof mascara can go a long way, but foundation is notorious for rubbing and smudging off. The bride shouldn’t have to worry about smudging her foundation all over her pristine dress. Take her stress away right from the get-go!

Another plus, airbrush makeup looks phenomenal in high-definition photography. With airbrush makeup, she won’t have to do a photo shoot ahead of the big day. Her makeup should last for 12 hours. Not only will she look great as she walks down the aisle, but the camera will capture her beaming and glowing face for years to come. Since not all makeup artists are expected to know airbrush makeup, you can charge more for your specialized airbrush skills, too! 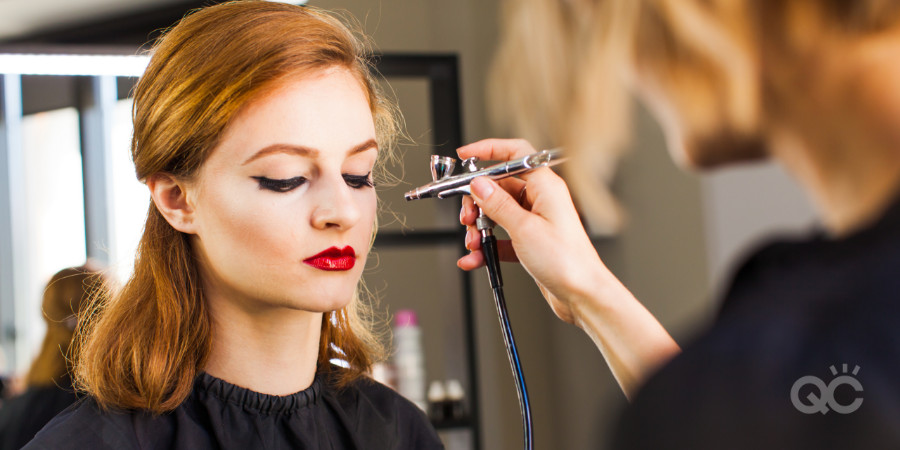 Speaking of high-definition photography, the film industry also loves airbrush makeup. The flawless finish you get from airbrush makeup means digital blemish removal and filtering will be minimal in post-production. Unlike traditional foundations and powders, airbrush makeup doesn’t settle into pores which would make them visible on camera. Instead, the makeup melts into the skin in millions of little droplets of formula. With cameras becoming better and better, invisible pores are a must!

The fashion industry also benefits from airbrush makeup. Whether it’s on the runway or for an editorial photoshoot, airbrush makeup holds up even under the unforgiving lights and cameras.

To best show off the clothes and design concepts, runway models must have makeup that complements, but doesn’t distract from, what they’re wearing. Under bright stage lights and the flash of photographers’ cameras, many models start sweating under the glaring heat. Airbrush makeup combats the effects of sweat and its fast application aids in the quick turnaround time of fashion shows.

Models in fashion magazines and editorials need flawless skin too! A great magazine cover is what sells issues. For the covers, you’ve probably noticed the close-up shots of a variety of models, each one with flawless skin. Digital retouching takes a lot of skill and doesn’t always look natural afterward. When the cameras catch every detail of a person’s face, it’s best to rely on real makeup to nix flaws before it’s uploaded to Photoshop. 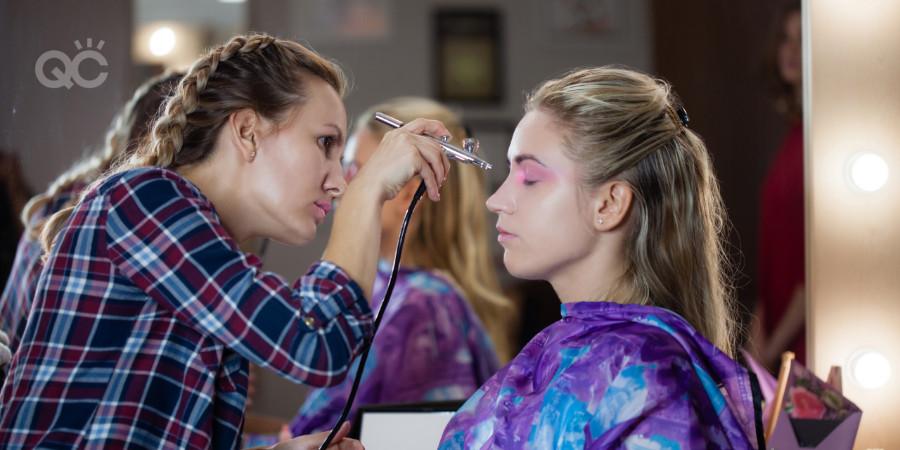 A theater show often lasts 2-4 hours. Just like runway models, theater actors will work up a sweat as they rush around under the bright stage lights. Theatrical makeup is often exaggerated for the stage so audience members in the back can see all their expressions clearly. When an actor performs an emotional scene with heavy cream makeup on, the last thing he wants is a giant smudge he can’t remove until the next act.

We’re not going to lie. There are some horrible ways to use an airbrush machine, but it doesn’t mean that airbrush artistry lacks creativity. Creative airbrush comes in handy for theater productions. Not only can the makeup be applied quickly, but it can be used to create detailed characters. Using various techniques and tricks, airbrush makeup artists can do everything from natural makeup to complex special effects makeup looks!

Thanks to the success of RuPaul’s Drag Race, drag shows are gaining popularity! For those who may be unfamiliar with drag shows, they are a type of gender performance. Typically, men dress up in hyper-feminized or gender non-conforming clothing and act with exaggerated femininity for the purpose of entertainment. 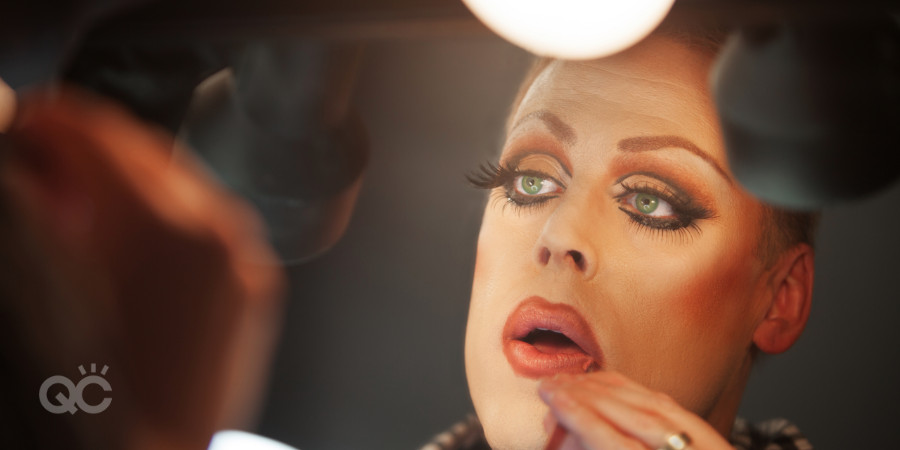 Drag shows can benefit from the longevity and full-coverage effects of airbrush makeup. Drag performances often include a lot of dancing, walking, and modeling. You can’t expect them to sweat during their performance! Not only is the longevity of airbrush makeup great for drag, but so is the ability to build coverage! Airbrush makeup is extremely effective at covering stubble on men, making it a major plus for drag queens. Full-coverage foundations like Dermablend’s Leg and Body Makeup are Holy Grail products in the drag community as they can cover up extensive tattoos!

Airbrush formulas are arguably better though. Not only is it much faster to apply, but it’s also lightweight and you won’t have to cake on powders to set liquid or cream foundations. However, perfecting airbrush skills takes a lot of practice so most queens will stick with traditional makeup. But when on tour, an airbrush makeup artist who knows what they’re doing can find a great job opportunity.

What industries did we miss? Let us know in a comment.

Airbrush makeup doesn’t have to be pricey! Learn how to build your kit without blowing your budget!

Why Makeup Photography is a Must-Have Skill for MUAs

Why Makeup Photography is a Must-Have Skill for MUAs