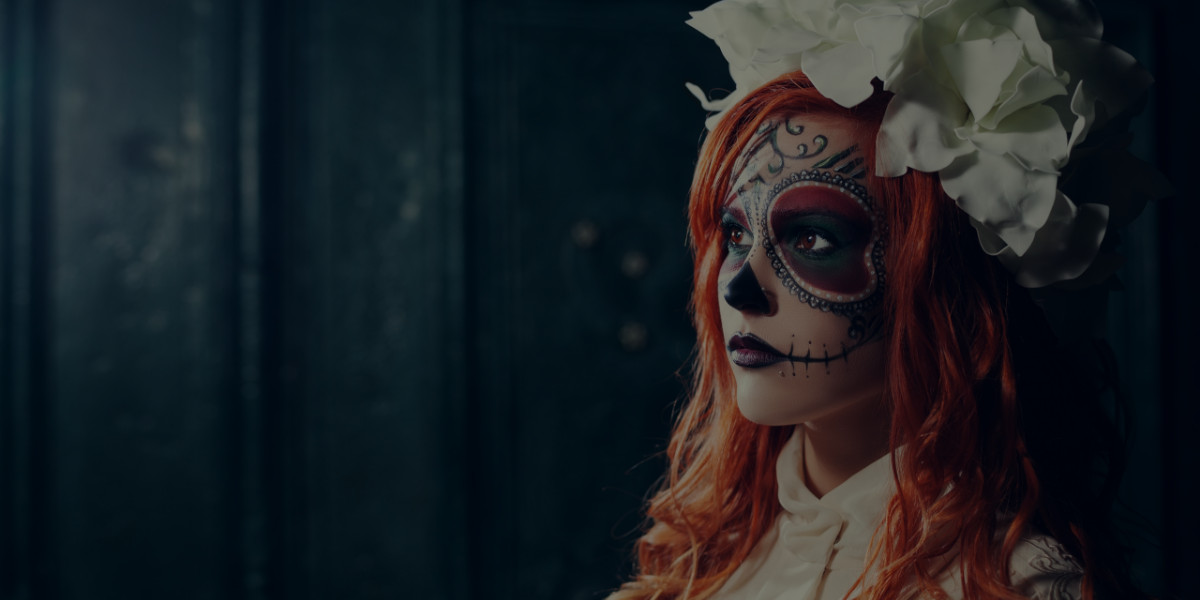 By Victoria BeginFebruary 7, 2018March 28th, 2019Your Makeup Career
One Comment

The term “special effects makeup” calls to mind images of monsters and otherworldly creatures. Wild colors and textures abound, creativity is the name of the game! But special effects makeup artists aren’t just limited to one or two applications. There are a variety of different industries where someone with this highly sought-after skillset can work.

Join us as we journey through 5 special effects makeup jobs you probably didn’t know about!

Contrary to popular belief, special effects makeup isn’t a dead art. Sure, many of the world’s biggest movie and TV studios make extensive use of CGI, but that doesn’t mean they aren’t also relying on special FX props. Take Game of Thrones, for instance. For a TV show, they have an astounding large budget. But viewers all know that the CGI budget goes towards the fearsome dragon scenes. What about the scenes where the characters are just fighting? Or any scene featuring the Night King? They all demand hours upon hours of very talented special effects and prosthetic artists! For many makeup artists, creating prosthetics is the most rewarding and creative aspect of special effects makeup! 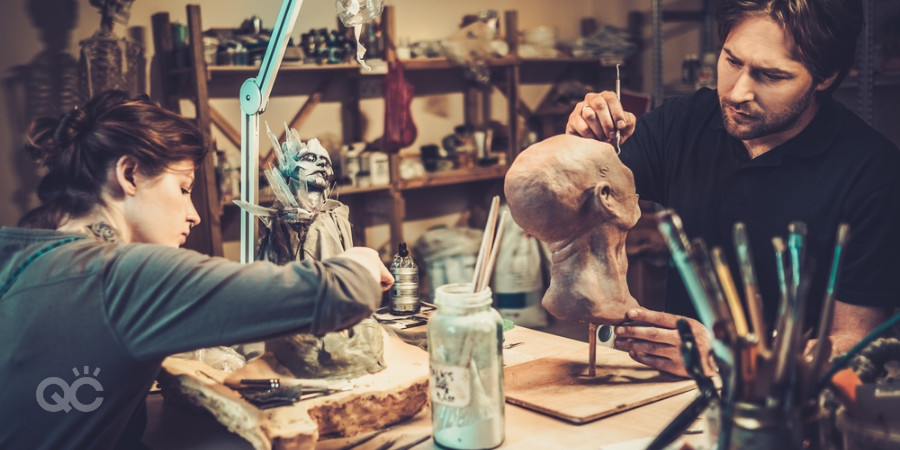 Your creativity as a makeup artist will translate very well into a career as a prosthetics artist. Film and television directors need you to figure out what prosthetics to use when creating a film or television set. You’ll work with actors’ facial features so your prosthetics are as true to life as possible. For this reason, interpersonal skills are just as important as technical ones. Getting to know the actors in a production is all part of the special effects process!

Many makeup artists pursue freelance jobs early in their career. And this is a great move! Building your list of contacts and reputation is very worthwhile. For special effects makeup artists, it’s even more worthwhile. This is because special effects makeup is a specific branch of the makeup industry. Knowing how to create zombie makeup is not a common skill among makeup artists. Mastering bruises and other gory effects are the results of careful training. Not to mention hours of practice! As a freelance makeup artist specializing in special effects, you’re already ahead of your competition. Marketing your skills in creating gory effects for a variety of different needs will grow client list in no time.

Love the thought of bringing characters to life? It’s a common trait shared by most makeup artists. One job you can go for with your special effects makeup training is that of a Theme Park Makeup Artist. That’s right – places such as Disneyland and Universal Studios hire well-trained, outgoing makeup artists to create their characters. Imagine working at the happiest place on earth! 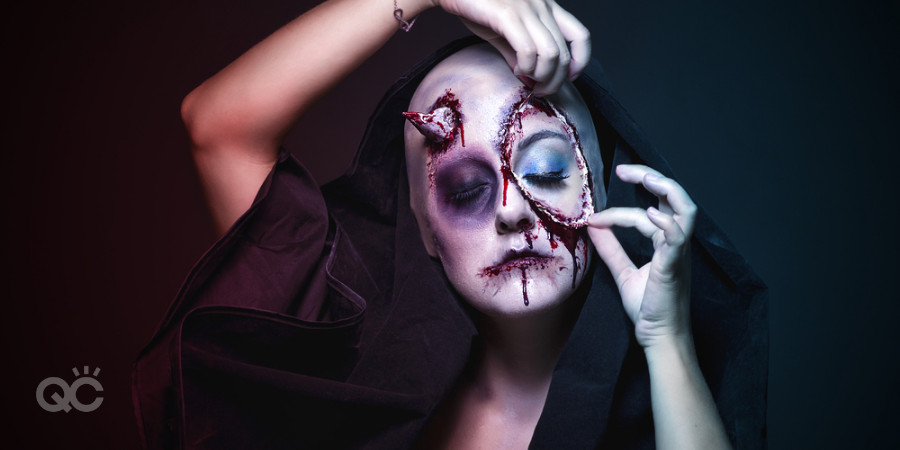 But don’t be fooled. This is a demanding role, and competition is fierce. Amusement parks are large and have hundreds of employees. As a theme park makeup artist, you’ll need to use makeup to bring well-known cartoons and creatures to life. We highly recommend obtaining your special effects makeup certification to set yourself apart. A stand-out portfolio is your ticket to a thrilling role like this.

Psst—working at a theme park is QC Makeup Academy Graduate, Tyler Russell’s next big goal. Read his story and see photos of his stunning work!

If you’re looking for a steady position, this could be it. Theater productions depend heavily on elaborate costumes and makeup. And unlike digital entertainment, you can’t rely on post-production visual effects on stage! So characters, from minor characters with prosthetic masks to full body character transformations, are all created by a team of special effects makeup artists.

Before a performance, you’ll create looks for all the actors while keeping in mind their specific roles and the different acts within the show. You’ll need to be mindful of any skin allergies and test each look under different lights. After all, no two actors are the same, and makeup applications change under certain lights. In this role, you’ll develop strong relationships with directors, actors, and behind-the-scenes workers. Your expertise will be trusted and your career will grow steadily!

Beyond special effects artists who can master the gore, there’s also a need for artists who know the delicate art of avant garde makeup. Avant garde, in many ways, bridges the gap between beauty and fantasy makeup. And fantasy, as we know, sometimes relies on special FX makeup skills to create extraordinary, but familiar looks. 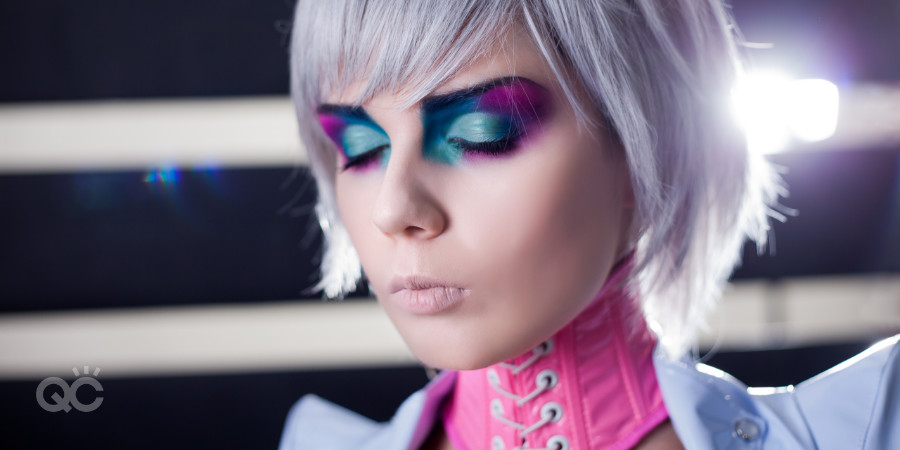 That’s why some special effects makeup artists may also have a background in beauty makeup artistry. Knowing how to sculpt liquid latex coupled with knowledge of contouring powders from a professional makeup kit is the perfect match for the fashion, runway, and editorial makeup artist.

Many designers wish their models to look as wild as their clothes. You’re probably not one to notice just how many fashion designers are pulling out all the stops for their big showcases. You can expect the most eccentric designers like Charles Jeffrey Loverboy to hire special effects makeup artists for their shows. And as designers wish to keep pushing the boundaries of beauty and style, you can expect lots of makeup job opportunities in the fashion and catwalk world.

Which of these 5 special effects makeup jobs surprised you the most? Let us know!

Ready to take the next step? Read this review of QC’s Special FX Makeup Course before you enroll!

Quiz: Is Learning Makeup Online Right for You?

Quiz: Is Learning Makeup Online Right for You?