While some new makeup trends come and go faster than you can say “white lipstick”, others are highly memorable. Over the last hundred years, certain decades have been notable for their makeup trends, and some are still in use!

It’s easy to see why some fads have stood the test of time while others have fizzled – join us for a walk down memory lane as we list the top makeup trends through the decades!

The roaring twenties were notable for several reasons, including a new attitude that embraced glamour and fun, and of course, the cupid’s bow lipstick technique. This lipstick trend likely sounds pretty familiar to you, as it has been in use ever since its introduction by film actress Clara Bow (even to this day!).

It’s no surprise that this trend caught fire (and kept burning) – the practice of shaping lips is extremely flattering and allowed women in the 1920’s to showcase this feature using a well-defined color. It’s also a relatively easy look to achieve – the lips are outlined with a pencil to de-emphasize width, then filled in with red or another bold color. 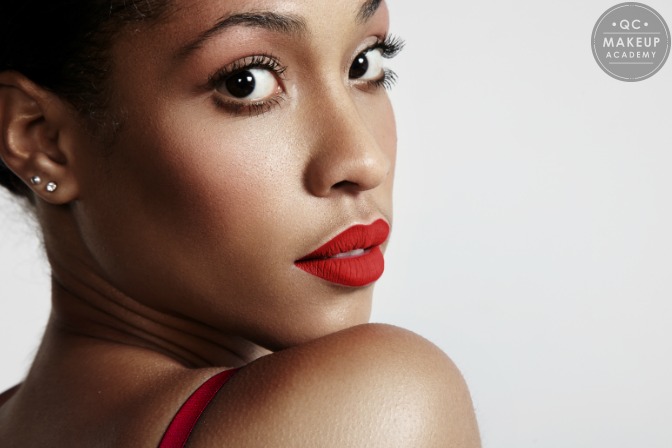 As this look has evolved over the past few decades, different colors have been used and even lip gloss was applied instead of matte lipstick. Through any changes the look experienced, however, it still is recognizable as a makeup trend from the 1920’s, which is a serious testament to its staying power!

When you think of eyebrows in the 1920’s and 1930’s, you likely envision them as light and over plucked. And you’re right! Spending time on brows meant going at them with tweezers and nothing more. However, as time marched on, eyebrows became much more prominent, well-kept, and full, and the 1940’s were all about shaping and darkening.

Although not everyone keeps their brows dramatically groomed, this is still an undeniable makeup trend that is still in use today by celebrities and actresses alike. Simply put, they are one of the biggest statements that can be made with makeup, as demonstrated in this helpful video tutorial by QC Makeup Academy student Stephanie Wyatt. We can thank the creative, expressive women of the 1940’s for putting eyebrows back on the map, and know that eyebrow pencils will always be a mainstay in our makeup kits!

Ah, the classic cat eye. While we like to imagine that it was Audrey Hepburn in 1961’s Breakfast at Tiffany’s that originated this look, it actually dates back to the 1950’s, which was one of the most glamorous decades of the past hundred years. 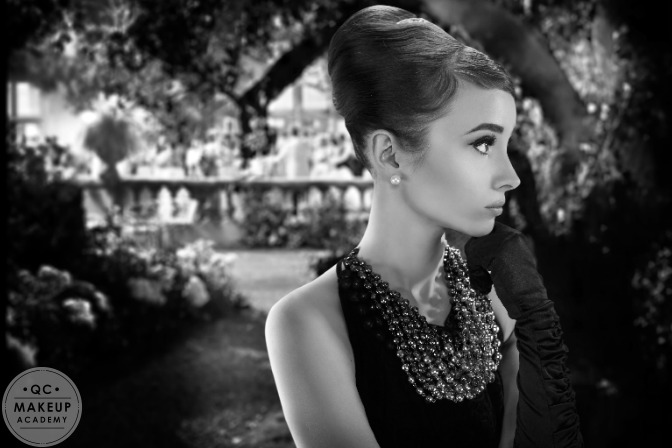 While it may be over 60 years old, this feline flick is one of the most gorgeous, timeless, and easy looks to achieve – no wonder it’s still in use by women all over the world!

When we said it was easy, we weren’t kidding. In a series of quick steps, you can easily achieve an eye that is perfect for a night out and totally reminiscent of Old Hollywood. Check out this cat eye makeup tutorial and take notes!

When you compare the makeup looks of the 1960’s and 1970’s, there are many differences. One particularly stark difference is the move away from dramatic blush and eye makeup in the ‘60’s to very simple, sun-kissed cheeks in the ‘70’s. When looking at photo comparisons, it seems as though the 1970’s was a much happier time, and that all comes down to the exuberant glow worn by the women of that decade.

So how did they achieve this radiant look? Bronzer, of course! We all know that bronzing products have stood the test of time in a big way – everyone wants to look happy and healthy, and applying even the smallest amount of bronzer powder or liquid to your cheeks will give you a healthy sheen. In order to get it right, you’ll need to understand your skin type and the level of color you want to achieve, as this will dictate which kind of bronzer to use (makeup store shelves are full of powders, liquids and mattes). Another way to get this lovely look is to use a highlighter, which will brighten the face and throw your look back to the 1970’s!

This was a decade of makeup experimentation, which was obvious in the lipstick, eye makeup, and even hair style choices of actresses and models. Lipstick, in particular, was worn in wine shades and browns, and although this is quintessentially ‘90’s, these colors are still favored today. And it’s no surprise – a bold, deep shade of lipstick can be highly flattering and dramatic, and even though browns are not worn as often today as they were 20 years ago, rich shades are still highly desirable. 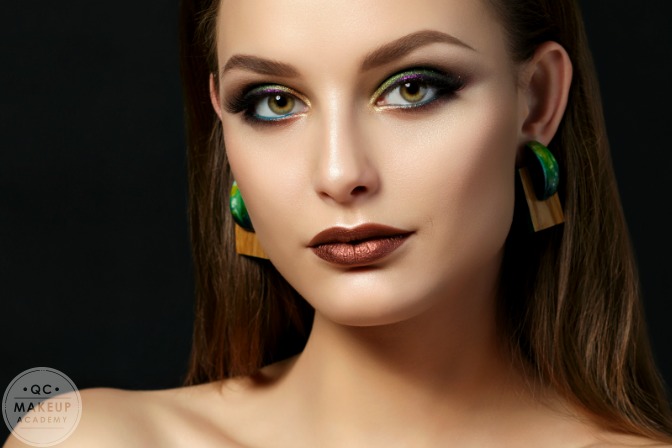 The next time you pick up a dark lip color, take a moment to remember the experimentation of the ‘90s! You may not be going for a grunge look, but dark lipstick colors were always meant to draw attention and create a bit of drama, no matter what the decade.

While these makeup trends stood the test of time, check out our list of 6 vintage products we DON’T miss!

How to Apply Makeup to Skin Conditions

How to Apply Makeup to Skin Conditions