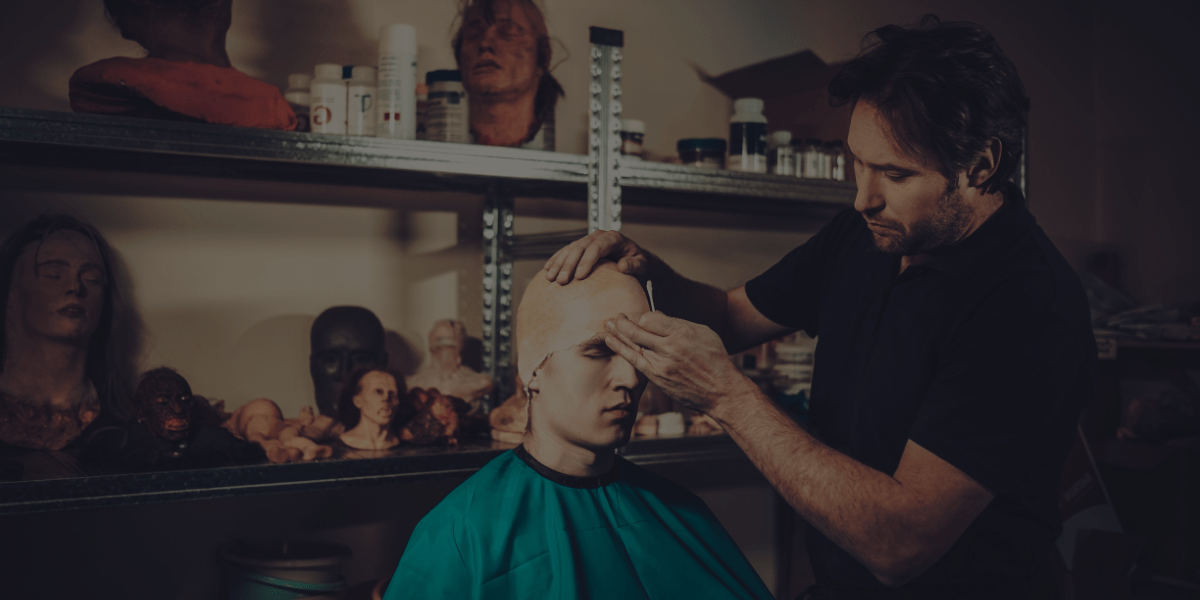 If your dream is to do makeup for Sci-Fi, Fantasy, and horror movies, we won’t mince words: you have a lot of work ahead of you. Luckily, QC Makeup Academy’s online Special FX Makeup Course will teach you everything you need to know! With the help of your expert tutor, you’ll hone every last skill needed to not only work as an SFX artist in the film industry – but truly thrive! 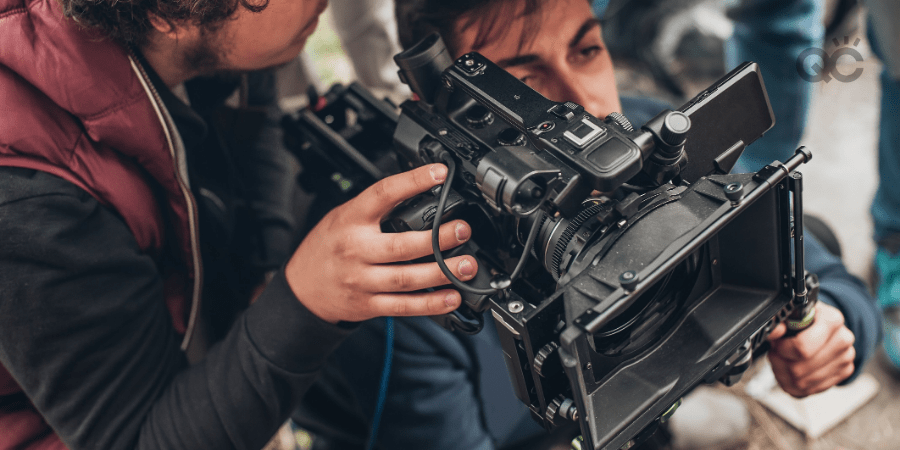 The film is far less forgiving than theater. In theater, there’s a considerable distance between the actor and the audience. In order to bridge that gap, the actor’s makeup will often be exaggerated. This way, even the people in the back row can see it. A perk to this is that the actor’s makeup can also afford to have a couple of little mistakes or inconsistencies here and there. Chances are, the audience will be too far away to notice.

On camera, though, people absolutely will notice. Typically, special effects makeup for film needs to be realistic. The goal is for the audience to suspend disbelief – if even for a single second – and truly believe for a moment in time that the actor really is this character you’ve created. If it’s obvious that the wound, blood, or character design is fake, the audience will be pulled out of the experience.

Continuity is another major detail when it comes to special effects makeup for film. A single scene will often be shot dozens of times, from multiple different angles. A 10-minute scene might take hours to get shoot. Often, you’ll be on set for long periods of time, and you’ll need to be ready at any moment to be called in for touch-ups. Sometimes, once the movie has wrapped, actors will even need to come back to re-shoot particular scenes.

One way or another, your job will be to make sure that the actor’s makeup looks EXACTLY the same from one take to the next. Take photos of the actor’s makeup for every scene, as well as after any alteration is made to the look. When waiting on set, continue to keep an eye on the action. If you need to jump in, touch up, or fix something, you’ll want to make sure it aligns exactly with how the makeup looked in the scene (prior to the director calling cut).

Movie watchers are sticklers for continuity errors, so do everything you can to prevent them from finding any. 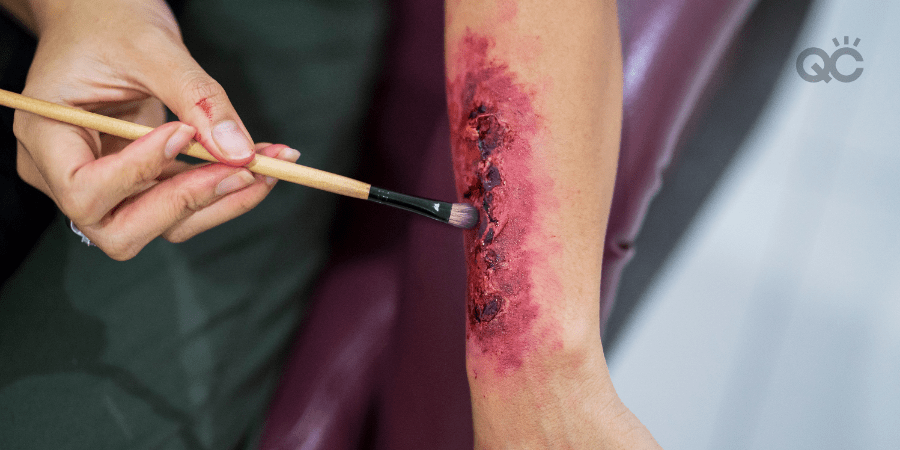 High-definition cameras will pick up quite literally every last pore on the actor’s face. If your makeup application has flaws, this means the cameras will pick up on that, too. Another thing to keep in mind when it comes to paying attention to detail is the progression of the film’s plot.

For instance, say the actor’s character is in an altercation and gets hit in the face. This fight results in a bruise around their eye. As the story continues, the audience is meant to believe that time is passing the same way it naturally would in real life. This means that the character’s bruise can’t simply disappear, as if it never happened. It also can’t stay exactly the same either.

Instead, you’ll need to age the bruise accordingly so that it looks like it’s realistically healing and fading away.

You can’t just read a script, come up with a special effects makeup look, and then apply it to the actor on the day of shooting. There’s a LOT more that first needs to go into this process!

For starters, with the script breakdown and makeup charts to guide you, you’ll develop looks that accurately coincide with the story itself. Then you’ll need to test your designs on the actors and extras who have been assigned to you. Keep in mind that your makeup looks will need to work not only from the actor’s perspective but in terms of wearability and longevity as well.

After that, your makeup looks will need to undergo a camera test. This will help ensure that the makeup transfers properly on camera and looks the way it’s supposed to. Once production advances, you’ll then be able to refer back to the script, makeup charts, and test photos for each actor and each scene. 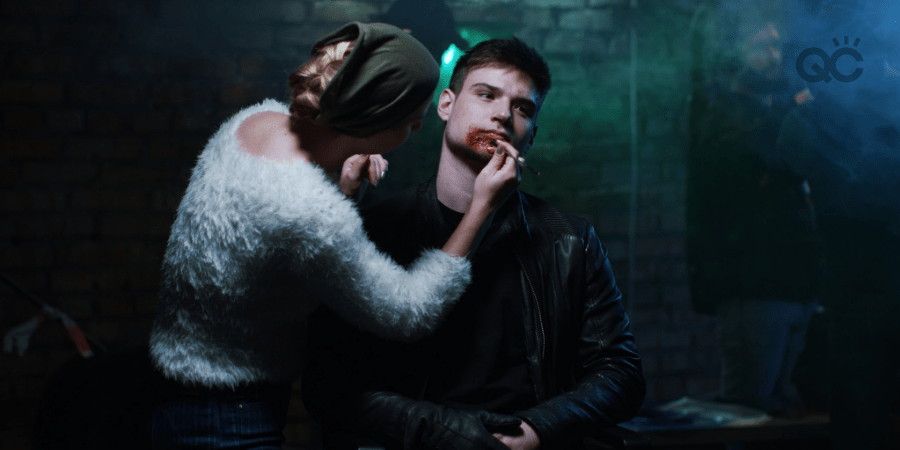 Perhaps the course itself sounds perfect, but the idea of attending in-person doesn’t. With the pandemic, in-person school isn’t exactly the safest, most convenient, or most affordable option right now. Well, we got even better news for you: you won’t have to worry about any of this with QC Makeup Academy!

Not only is our Special Effects Makeup Course done entirely online; it’s also completed at your own pace! There’ll be no need to worry about traveling to get to school or potentially exposing yourself to COVID-19. You also won’t need to move your schedule around to meet deadlines.

With a full 2 years to complete your course, you can learn everything you need to know right at home – and take as little or as much time as you need!

In case all of this wasn’t awesome enough, here are a few more perks to enrolling with QC: 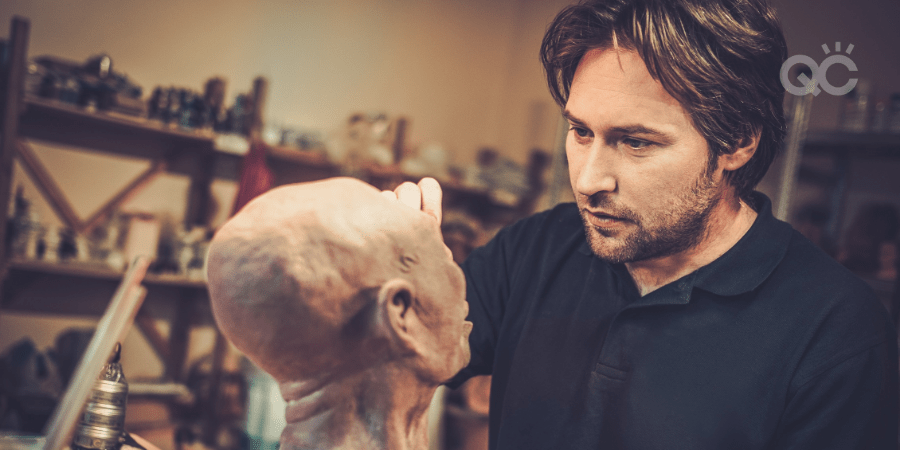