The Craziest Makeup Trends of All Time!

Some makeup trends make us want to drop everything and dive straight into doing our makeup to see just how well they fair on our visages, while others make us cringe. But not all of the passing fads are simply unflattering, others make our jaws drop in pure disbelief.

Keep reading for a list of the craziest makeup trends of all time!

It hasn’t even been a year since we saw a slew of videos pop up online featuring beauty gurus and amateurs attempting the #facefulloffoodchallenge. This challenge required people to get creative with common household food ingredients to create full-made makeup looks to give big name brands a run for their money.

The verdict? While we’ve certainly seen some impressive looks, a lot of the ingredients used are sugary and sticky—do you really want to have a breakout or worst yet, attract insects to your face? The lasting power isn’t even good for this novelty trend, so we’re glad we’ve moved on to bigger and better things. 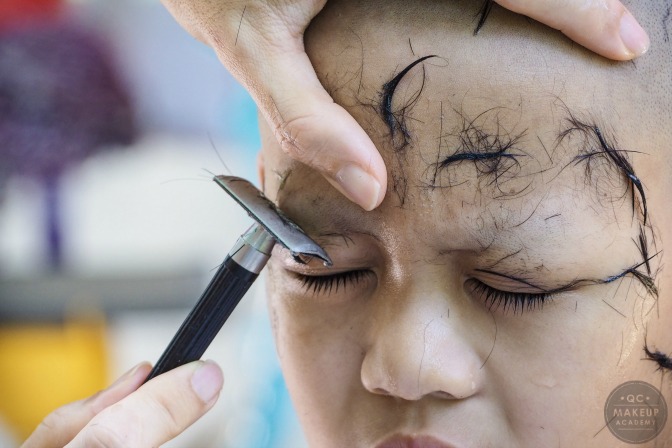 In Ancient Greece, unibrows were indicators of purity. If women didn’t have naturally bridged brows, they would often fill them in with black powder or soot. In modern times, fuller brows à la Cara Delevingne are soaring in popularity again after the thin, over-plucked look that was everywhere in the ‘90s. But they’ve got nothing on the brow looks of eighteenth-century England!

We see shaved off brows even today, especially in niche counter-cultures, but they are re-drawn using makeup. Shaved brows in eighteenth-century England were replaced with glued-on mouse fur—that’s right, mouse fur! We’re not sure about you, but we’re SO glad modern makeup has made this practice obsolete!

When we were young, we always wanted Lisa Frank stationary and tried to satisfy our rainbow needs in all other facets of our lives. But now we’re all grown up, so it’s time to leave the rainbow motif behind!

There’s nothing wrong with showing off your love of color, but to have rainbow everything all at once? It’s a bit much. We suspect that the rainbow beauty trend along with its holographic sister arose out of how Instagrammable it all is. Armed with a checklist of everything rainbow, we saw Instagram models with rainbow hair roots, nails, eyeshadow, lip art, faux-freckles, highlighter—and to top it all off, they were all holding that Starbucks Unicorn Frappucino from a few months back. Talk about an eyesore! 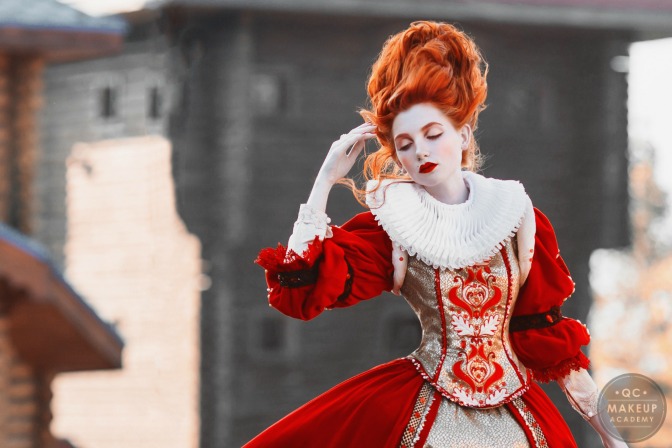 Having a powder-white complexion was popular all over the world in different eras. The idea is that white complexions symbolized wealth and status since they had the luxury of staying inside (away from the sun) instead of laboring outside. In Europe, many aristocrats used ceruse foundation, a highly toxic paste made of lead. The resulting complexions were a ghastly white that was stark and not at all natural.

While doctors at the time had warned women about frequent use of this Venetian export, nobody listened—not even Queen Elizabeth I! The side effects suffered included hair loss, blackened skin (ironically), and even death. Talk about deadly beauty products!

Floral designs were also popular during that era due to the legend of Princess Shouyang who woke up from sleeping under a plum tree to go see her father. The ladies in court were floored since they thought she was using the plum blossom petals for makeup, and so it became a trend that endured centuries. The plum blossoms were very pretty, but the most unsettling part is definitely the fact that they were glued on using fish innards. Yuck!

The all out, in-your-face look of the 70s 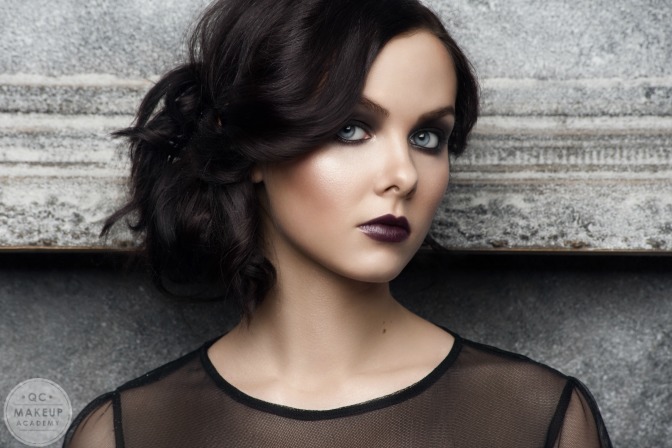 Makeup is used to enhance and accentuate a person’s best features. But the ‘70s took it a bit too far! They attempted to play up every feature on the face all at once! At the height of disco, the shimmery eye looks paired with bold, red lips, berry blush, and liberal use of bronzer meant that every feature of the face was competing with one another.

Not everyone had disco-fever, though. With the emergence of punk, blocked, unblended and dramatic makeup was popularized by the likes of Siouxsie Sioux and was worn by men and women alike. While the approach was different, the overall effect was an assault to the eyes—something that both mainstream and counter-culture were guilty of!

Not all trends were crazy, gross, or just plain terrible, though! Find out what popular makeup trends survived through the decades!

Why You Need a Makeup Artistry Contract

Why You Need a Makeup Artistry Contract