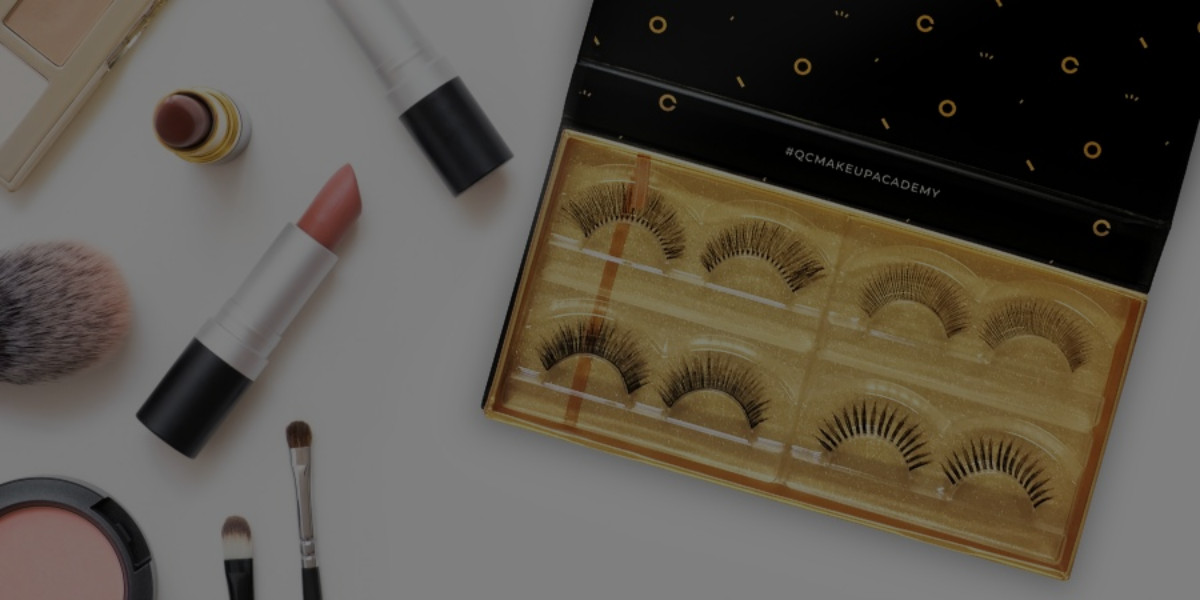 For this month’s video, QC Student Ambassador Stephanie Wyatt reviews QC’s new False Lashes! The pack of four pairs that Stephanie reviews in this video are included in QC’s Limited-Edition Elite Makeup Kit! Check out how you can get yours here.

Watch the video or read below to hear Stephanie’s official review of QC’s Lashes!

Stephanie is so excited to review these lashes! She already has a pair on at the start of the video. She says they are extremely light and look gorgeous.

She first describes the packaging, which is a black and gold box. Stephanie says she’s really digging the new design of the box! While showing off the lashes in the box, she says she loves that the pack comes with both natural and bold, glam options. False lashes really add to a makeup look.

She starts with a more natural-looking pair. She is not wearing eyeliner or any bold makeup for this video because she wanted to be able to show off the lashes as a stand-alone product.

She first checks to make sure she doesn’t need to cut down the lashes before applying. Then, using eyelash glue and a pair of tweezers, she applies the lashes. She immediately says she loves how natural they look!

She moves on to the next pair, which she describes as a bit bolder than the previous pair. She applies them in the same way. She says these are her favorite pair by far! They add volume but still look natural, which makes them versatile!

The next pair is bolder and Stephanie says they’d likely be great for a character look. After applying these lashes, she says that she doesn’t think she can pull them off, but she knows lots of people could. Though she doesn’t find they suit her, she says they are still very light and ad volume and fullness.

Stephanie continues to talk about how light and comfortable the lashes are! She says they would be perfect for someone who is new to wearing false lashes.

Stephanie then moves on to the final pair, which she is very excited to try. This pair is similar to what she would normally buy for glam makeup looks. She highlights that this pair has a black band, which really defines the lashes once they’re on. However, she says that applying lashes with a black band can be tricky because you have to get the positioning perfect.

She says the second pair is still her favorite, but the final pair is definitely a close second! Her least favorite are the third ones she tried on because she doesn’t feel like they suit her well. Overall, she says the lashes are light and high quality, and she will be trying to use each pair in a look in the near future!

Which pair of QC lashes do you think you’d rock? Leave a comment!

Looking for some reviews of QC’s free makeup kit? Check out what students and graduates have to say!

How to Price Yourself as a Freelance Makeup Artist

How to Price Yourself as a Freelance Makeup Artist