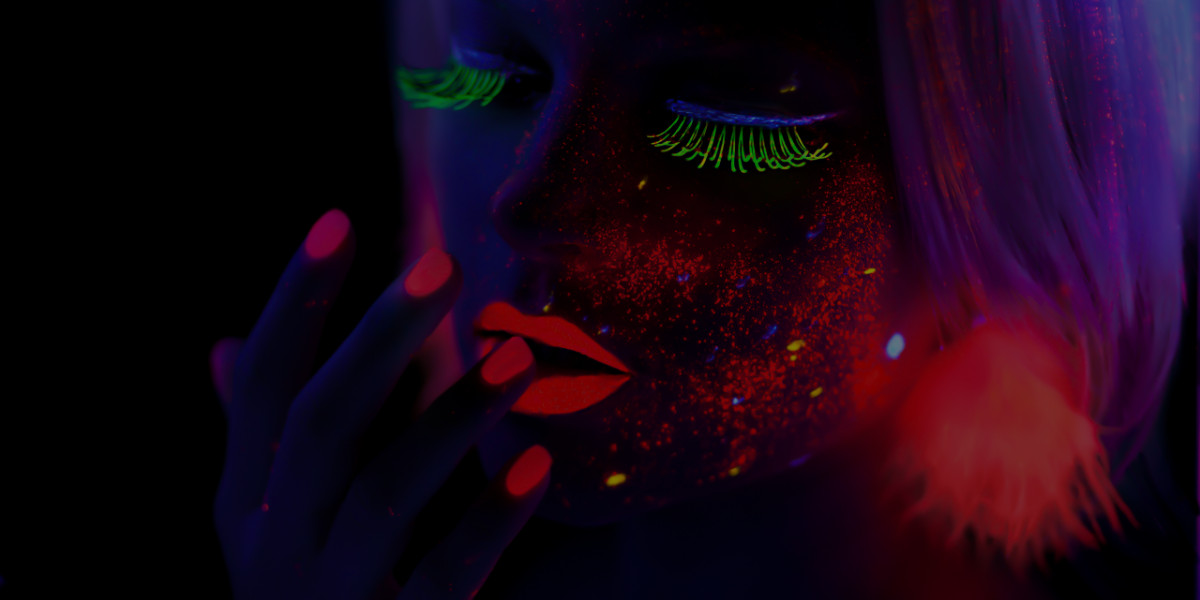 Find the rest of the Career Series here on the Beauty Buzz!

Lights… camera… action! If your makeup artistry certification is ready for its time in the spotlight, a career behind-the-scenes as a movie makeup artist might be just the thing for you.

The great thing about movies is that, well, there are a lot of them, and they cover a ton of ground. Period drama makeup? Check. Elaborate fantasy prosthetics? Also check. Artificial bruises and wounds, drag makeup, and over-the-top glamour looks? Check, check, and check. Many movie makeup artists end up specializing, but there’s always room to branch out and stretch your creative muscles!

A Day in the Life

If you’ve read the other posts in our series, you’re probably getting tired of hearing this—but there really is no such thing as an average day for a movie makeup artist! Once you’re locked into a project, though, you can expect things to settle down into something close to a routine.

Movie makeup artists cover tons of bases. First and foremost, their job is to get actors camera-ready—but what that means depends on the movie. Fantasy and sci-fi movies are often labor-intensive for makeup artists, with actors requiring specialized prosthetics and elaborate effects. Many movies require aging makeup or effects that mimic bruises, wounds, and other injuries. Some movies will only require very basic looks (though you’ll still have to make sure they appear well on camera!) 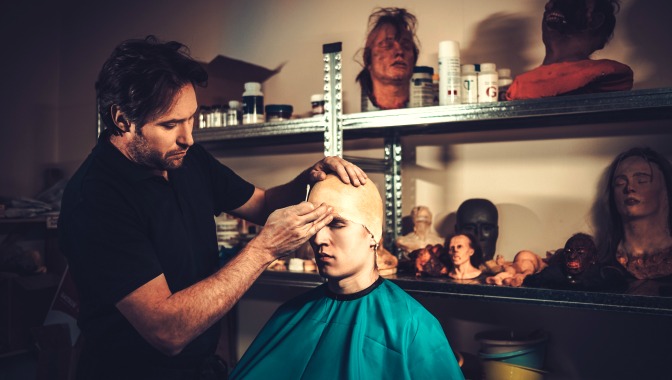 Once you’ve been hired for a movie, you’ll have several busy months ahead of you. If you’re a makeup designer, you’ll have to design the looks yourself. Sometimes other creative designers will have sketches and concepts planned out for you—other times you’ll have to read the script, do your own research, and come up with a look that suits the character perfectly. Sometimes you may also be involved in creating the specialized props, wigs, and prosthetics needed to create a special character.

During filming, you’ll be on set early to do the actors’ makeup before shooting starts. And remember, shooting certainly doesn’t follow a nine-to-five schedule! If the script of your fantasy movie calls for a scene shot at sunrise, you might find yourself up very, very early in the morning to spend three hours applying an actor’s prosthetics and makeup. Then you’ll stick around during filming to do touch ups as needed throughout the day. 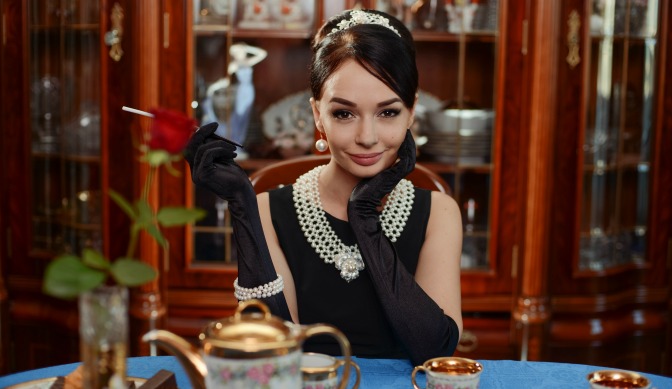 Filming tends to be a long process, which means you’re also responsible for making sure a character’s look stays consistent. Remembering to take pictures of every look—and being able to recreate those looks over and over—are essential skills!

And you can’t always expect a comfy studio to work out of. Movies featuring exotic or remote locations can mean tough travel requirements. Imagine trying to haul your kit with you to a location that’s only accessible by helicopter!

Well, it’s not exactly a personality trait, but this is one career in makeup artistry where hair styling skills and special effects makeup can really come in handy. While it’s great to have a specialty, being able to handle anything a director might throw at you gives you way more options in the film industry!

And flexibility goes beyond your makeup skills. Your work conditions won’t always be ideal—whether you’re up super early, crunched for time, or shivering on set somewhere remote and au naturel. Directors want makeup artists who can adapt (without too much complaining) and get their work done, no matter the challenges.

A special eye for detail is another big plus. Your attention has to go beyond the look itself. If you’re shooting a historical drama, is the look you’ve created accurate to the time period? Does the black eye you created for the lead actor match the one you made for him yesterday? Will the look you’ve done turn out well on camera? 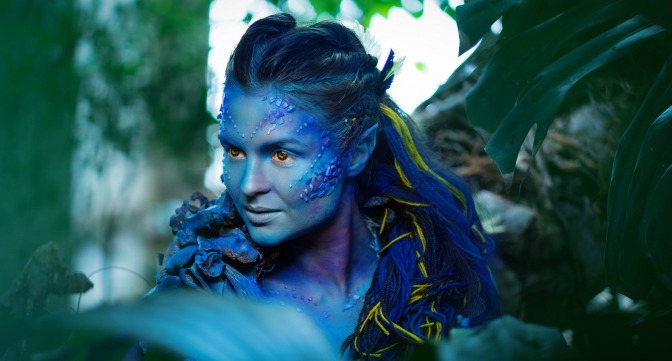 And—of course—there are the people skills. Movie sets can be stressful places. Long days, tough scenes, unpleasant locations, and highly-strung emotions can make even the nicest film professionals snap once in a while. The ability to calmly and politely deal with people whose manners might be not-so-great at the moment makes directors, actors, and other industry professionals want to keep working with you.

Consider what kind of movies you’d like to work for. When you’re just starting out, any movie experience can help, but figuring out your long-term goals might determine where you end up living. Don’t automatically assume Hollywood—smaller-scale indie films can pop up anywhere, and film industries in other countries also offer interesting opportunities.

Do some research. Where are the movies you want to work on actually shot? Basing your work near a popular filming location can make you an appealing choice for directors looking to cut down on travel and accommodation expenses.

Like the fashion business, the film industry is a work-your-way-up kind of deal. You’ll probably start as a makeup assistant or technician, then eventually become a makeup artist or makeup effects artist once you’ve got some experience under your belt. A solid work ethic, good networking skills, and high-quality makeup work can eventually land you a job as the key makeup artist who designs every look for a particular movie. 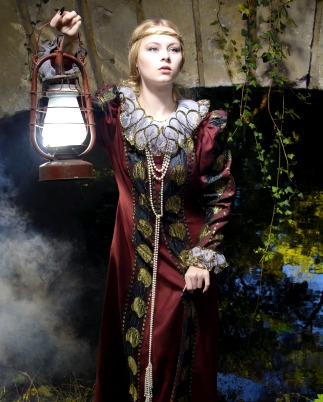 A career behind-the-scenes is a ton of work, but the payoff makes it well worth the effort. Imagine getting to see your own creations come to life on the big screen—there’s nothing like it!

Want to learn from a film industry pro? QC tutor Laurie Vukich has worked on set for tons of films, TV shows, and commercials!

MAC vs. Sephora: Where Should You Work?

MAC vs. Sephora: Where Should You Work?